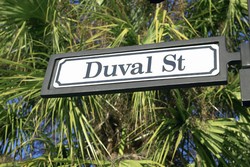 The famous historic Old Town Key West waterfront on the gulf side of the island and the original lower Duval Street area, encompasses this district. Here the founding fathers and mothers of the late 1800's built the first shipping docks and warehouses, restaurants and grand homes, that stand today as one of the largest and most impressive collection of turn-of-the-century architecture. From larger Greek Revival Victorians to charming shot gun cottages, many of these alluring structures have been restored and renovated to stand in their gleaming glory. Today this district includes famous waterfront restaurants and bars, retail stores, museums, fishing and sailing charters, a large variety of historic homes, and Mallory Square. 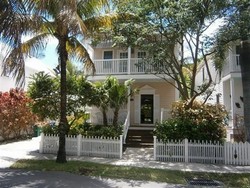 Just outside the entrance point of Key West on the gulf side of U.S. Highway 1 is the Key West Golf and Country Club Community. Built as a planned gated community this beautiful residential area offers luxury villas and tropical town home residences on an 18 hole 6500 yard Rees Jones design golf course. Just across U.S. Highway 1 on the east side, is the Coral Hammock Condominium Resort Complex that offers private resort condos amidst lush tropical landscaping and a beautiful resort swimming pool. Architecture at both the Golf Course and Coral Hammock locations is Key West "plantation style" with white picket fences, sitting porches and balconies, lush tropical landscaping and traditional tin roofs. Drive into Old Town Key West in about 15 to 20 minutes. 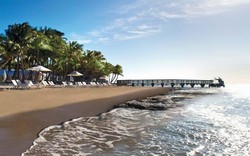 The signature building for this section of Key West is the historic 1920's Henry Flagler Hotel. Flagler developed the overseas railway that extended all the way from the mainland of Florida to Key West with his luxurious ocean front building as a prominent destination. Now named the Casa Marina, this small exclusive residential district has grown into one of the most sought after neighborhoods in Old Town Key West. In the mid 1900's this area was considered the "country side" of the island, and the modern day result leaves a legacy of outstanding turn-of-the-century, mid-century and modern architecture with beautiful gardens and more yard space than is typically found in the other residential districts in Old Town Key West. This a quiet residential area, close to the Atlantic Ocean, beach front restaurants, the Southernmost Point of the United States, the South end of Duval Street, and the White Street gallery and shopping area. From this area you are a 3 to 5 minute walk to the beach and a 20 minute walk to Duval Street. 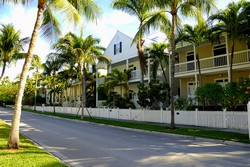 The residential district of 'Truman Annex' is an upscale gated island neighborhood that was renamed for President Harry Truman who spent his winters in at the Annex at his home known as 'The Little White House.' Located on Front Street, the former president's stately residence is now the Harry S. Truman Little White House Museum. Original military grounds encompassing over 100 acres were redesigned and renovated by a private developer in the 1990's. Now grounds throughout the Truman Annex are park-like, exquisitely landscaped and manicured to picturesque perfection, making it a delightful neighborhood to walk and bicycle. White picket fences, freshly clipped hedges, green grounds and fountains create an impressive back drop for a stroll to town. Original military officer's homes, now renovated as large private luxury mansions, display both Italian and Greek Revival architectural styles. Towards the south end of the Annex, small new row town homes with tin roofs and sitting porches were built in the classic Southern Cottage style. Just out the gate towards the ocean is Forty Zachary Taylor, now a State Park with one of the nicest beaches on the island. From here you are just a 5 to 10 minute walk to Duval Street, the center of downtown Old Town Key West, and the Mallory Square Sunset Celebration.

This exclusive residential area of Old Town Key West is really an extension of the Old Town Historic Seaport District where the harbor 'rounds the bend.' It was originally developed as a suburban neighborhood in the early 1900's and has a distinctively gracious and private feel with wider tree lined streets and larger yards. There is less commercial development than the seaport side of White Street and the center of Old Town. Yet, the Meadows is flanked by White Street that offers many locally favorite restaurants, art galleries, bakeries, and shops. Many of the Meadow's residents live in Key West year around. From here you can walk to the Historic Seaport in 5 to 10 minutes and walk to Duval Street in 20 minutes.

Sandwiched between the White Street Gallery district and New Town Key West, the blurred boundaries of this section are generally described as First to White streets, and North Roosevelt Blvd., to Flagler Ave. Mid-Town Key West is decisively residential, created from landfill in the 1940's and 1950's to allow for early suburban development. Architecture mostly reflects the style of modest mid-century homes with nice big yards. Many local families live in this home town neighborhood. But with sky rocketing property values in Key West since the late1990's, these homes too are creatively renovated into unique island dream homes with lush tropical landscaping and swimming pools. This little "off-the-beaten-path" neighborhood is so close to the beach, White Street, and New Town Key West, many consider it the perfect location. It takes about 20 minutes to bike to Upper Duval. While most people don't walk from here to town, it goes quicker than you would imagine and there is much to see along the way.

When viewed in entirety, most of the island of Key West is comprised of New Town, and as with Mid-Town, this real estate was originally created from landfill. Within the boundaries of this area are three distinct areas. First Street to Kennedy Drive, and then Riviera Drive to Patterson Avenue, is primarily a residential area for local full time Key West residents. Many of our children and grand children are growing up in this neighborhood. It is within walking distance to Key West High School, one of our main elementary schools, the ball stadium and the skate board park. As with mid-town, many local families are now turning their homes into major dream homes. Along the extreme north of the island along North Roosevelt Blvd. you will find "Anywhere USA," with shopping centers, fast food restaurants, big name brand stores, gas stations, and chain hotels. Then east of Kennedy Drive to the end of the island is another New Town residential area, again mostly inhabited by locals. The last few blocks at the northern end of the island has large luxurious modern homes with large yards, and across Flagler Avenue along Riviera Drive there are a few private waterfront palatial villas. While New Town may seem a world away from the turn-of-the-century charm of Old Town Key West, it holds a unique fascination as the home of many intriguing and colorful characters making new Key West history. From here you can easily ride your bike to Old Town, but most people drive. 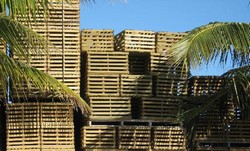 Outside of Key West


Equal Housing Opportunity. This material is based on information which we consider reliable, but because it has been supplied by third parties, we cannot represent that it is accurate or complete and should not be relied on as such. This offering is subject to errors, omissions, change of price or withdrawal without notice.
Copyright DMCA, Privacy, Terms of Use |  Accessibility Statement  | Fair Housing Notice & Statement
Real Estate Agent Websites by AgentWebsite®